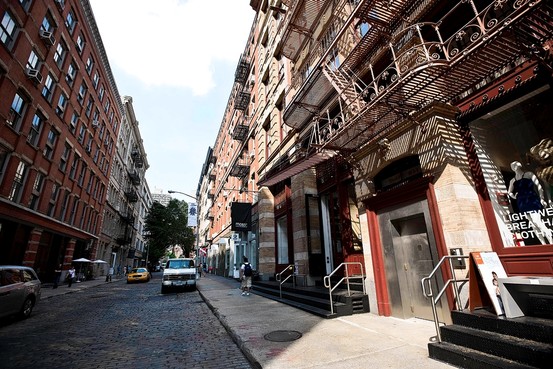 A group of property owners and other real-estate people is proposing to repeal a rule dating back decades that requires residential lofts in SoHo to be set aside for working artists.

During the 1960s, artists illegally converted many of the unused industrial spaces in SoHo into live-work lofts. The city eventually legalized the conversions on the condition that there be at least one city-certified artist living in each loft. Dozens of buildings in SoHo and NoHo are covered under this regulation.

As SoHo continued to develop, more people moved into the increasingly trendy neighborhood. Many of the new residents weren’t certified artists, but the requirement was widely ignored by city regulators for years, property owners say.

Things changed about a year ago when city regulators began cracking down on the rule, according to opponents of the artist requirement. That prompted calls to eliminate the requirement that opponents say is antiquated and ignores the current character of the neighborhood. Co-op boards and condo associations could also be legally at risk for ignoring the artist requirement, people in the industry said.

“We are tired of putting up with the charade of certified artists,” said Margaret Baisley, a real-estate attorney who says four of her clients in the past four months have lost sales because the sudden enforcement has spooked buyers. “We twist like pretzels to comply with this law.”

Buildings officials say they are just enforcing zoning rules. “The city’s zoning resolution requires tenants to have artist-in-residence certification in order to live in this light manufacturing district. The Department will continue to enforce the Zoning Resolution as it is written,” Jennifer Gilbert, a spokeswoman with the Department of Buildings, said in an email.

Brokers say that out-of-state buyers unfamiliar with the artist requirement can be deterred when learning about the rule. An out-of-state buyer recently opted to drop a deal for a loft in the neighborhood because of the requirement, said Jason Karadus, a broker with Prudential Douglas Elliman. It was the first deal Mr. Karadus had lost in 13 years because of the artist rule.

But getting the artist-certification rule lifted faces hurdles. It would require changing the zoning regulations for SoHo and NoHo, a process that could take years and would require City Council approval.

Another challenge for those seeking to revise the zoning rules: proving that SoHo’s demographics have changed and that artists have fled the pricey neighborhood. Without much reliable data on this, opponents of the artist requirement still need to figure out how to show that SoHo has been abandoned by artists and been replaced other professionals.

But Michael Slattery of Real Estate Board of New York, a trade group, says it’s clear that “there is not a large pool of certified artists out there.”

In the city as a whole, 3,410 artists have been certified since 1971, according to the city’s Department of Cultural Affairs, the city agency that grants artist certification. That number isn’t enough to support the real-estate market in SoHo and NoHo, Mr. Slattery said.

Not all neighborhood groups think it’s necessarily time to do away with the artist requirement. Protecting the housing rights of artists has been important for groups like the SoHo Alliance, which pushed for legalizing loft conversions for artists back in the 1970s.

“When we see a groundswell of support to remove it, we follow the wishes and dictates of the community,” he said.